The 2021 Open Research Forum will take place on an Online Webinar due to difficulties caused by COVID-19.
Presentations this year will be limited to undergraduate or graduate students.

Is an academic knowledge-sharing platform for independent student researchers around the world.

The Open Research Forum uses student-friendly standards to encourage the realization of truly passion-driven investigative goals.
All learners who are willing to take full responsibility for their own research and to share their results with others are eligible for membership.

We at the Open Research Forum hope that this program will enable budding student researchers and academics to interact with fellow learners all over the world both online and offline.
All lectures are not only shared online for free via the Open Research Forum website / Youtube Channel but are also published in print via our regular Amazon volumes.

Our parent organizers at the KGSEA Math Circle have also expanded the reach of our initiative by hosting monthly Open School lectures in which students are invited to present a wide range of STEM-related projects and interests to an audience of lowerclassmen.
We believe that these lectures provide key opportunities for intellectual growth to both audience members and those presenting their findings at the podium.

Although we have moved to an online venue due to the COVID-19 pandemic, we remain committed to our members, presenters, and partners worldwide.

Welcome to the Open Research Forum.

There are no fees to pay and there certainly are no expectations for groundbreaking research.
Any passionate student’s research is welcomed as long as it fits our scope.

We will invite all students who have submitted to the Open Research Forum to scheduled forums.
In the forums, you can have a great time learning and discussing other researches with your peers, as well as receiving feedback. 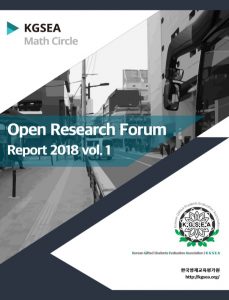 A short book, containing your submitted research, will be published annually with a unique ISBN.
In addition, your work will be made public through this website.

*If you are taking a first step towards your own research, don’t hesitate. We have our guidelines set-up to be beginner-friendly.*

Presentation order at the Open Research Forum Webinar may be subject to change.
The webinar session will open at 8:50AM KST for pre-registered audience members ONLY.

Although the Open Research Forum is open to all, presenters must be invited and approved in advance in order to ensure authenticity and preparedness.

Due to the special circumstances this year, lectures will be reserved for a undergraduate or graduate students, all of whom have previously served the Forum as staff or teaching assistants. The full list of lecturers is below and is currently NO LONGER subject to change.

In order to be eligible for consideration, current and future lecturers must also submit a formal application through this form. They must also sign and abide by our Honor Code; failure to do so may and will result in removal from the Forum at any time. 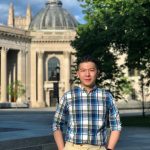 Ran WANG says
How many ways can you tile an 8*8 chessboard with dominoes (2*1 or 1*2 rectangles), covering each unit square without overlapping? You would soon give up enumeration since there are nearly 13 million of them (precisely, 12,988,816)! The dimer model helps to describe this problem and transform it to a solvable linear algebra question. This lecture aims to have a glimpse into the general idea of the dimer model with reference to some simple patterns. Knowledge of determinants is preferred, but I will develop the basics at the beginning of the lecture.
Resources
Here are links to a few related papers, but I do not expect anyone to spend time on it… P. W. Kasteleyn, The statistics of dimers on a lattice: I. The number of dimer arrangements on a quadratic lattice, https://www.sciencedirect.com/science/article/abs/pii/0031891461900635
R. Kenyon, Lectures on Dimers, https://arxiv.org/abs/0910.3129
The following material is more approachable and gives the general idea: R. Kenyon and A. Okounkov, What Is…a Dimer?, https://www.ams.org/notices/200503/what-is.pdf 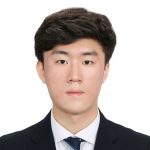 SooHyuk CHO says
Modular arithmetic is one of the core concepts in discrete math. It is widely used in computer science and cryptography.. Modular arithmetic is useful when we require some setting that should limit numbers to a predefined range {0,1,…, N −1}, and wraps around whenever you try to leave this range — like the hand of a clock (where N = 12) or the days of the week (where N = 7). Through this lecture, I’d like to introduce the fundamentals of modular arithmetic and how it has been used in cryptography by explaining the RSA algorithm. 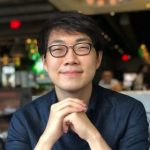 Jae hee LEE says
Penrose triangle (https://en.wikipedia.org/wiki/Penrose_triangle) is a famous optical illusion which illustrates a universal phenomenon in mathematics — global inconsistency of locally consistent data. I will describe this concept through examples, and explain how they connect to the study of geometry of shapes. The talk should be accessible to a general audience.
Resources
https://en.wikipedia.org/wiki/Penrose_triangle 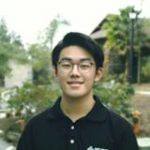 Junghwan (John) LEE says
Arithmetic is without doubt the most readily used mathematical topic and mathematicians have long pondered how one can do such calculations faster. The invent of computers have significantly improved the process of arithmetic processes, but the need for faster computations is still in high demand as we deal with bigger sets of data. In my seminar, I will introduce arithmetic algorithms before and after computers, and contrast them to showcase how efficient algorithms have sped up calculations in today’s world. 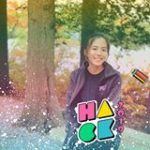 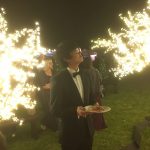 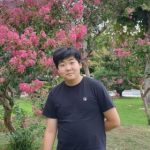 Youngjun LEE says
Modular arithmetic is a relatively unknown branch of mathematics which lies outside the traditional high school curriculum but nevertheless presents itself quite often in competitive mathematics problems. In this lecture, I will focus on its ability to enable students to solve seemingly impossible problems in a relatively time-efficient manner, focusing on key elements of the topic such as modular exponentiation and the Chinese Remainder Theorem before ending with a discussion of the possible real-life applications.
Resources
https://www.khanacademy.org/computing/computer-science/cryptography/modarithmetic/a/modular-exponentiation https://mathworld.wolfram.com/ModularArithmetic.html

Rei YATSUHASHI says
Complex combinatorial games like Chess and Go have been analyzed for centuries. Numerous scholars and players have pondered: “Is either player guaranteed to win, or will optimal play by both sides ensure a draw?” “Are computers capable of exceeding the best human players?” But more recently, a more interesting question has surfaced: “how can insights produced by computer-play inform human strategy?”
In my talk, we will analyze the (much) simpler game of Connect-Four, and design a computer program together that plays “perfectly.” Through this talk, I hope to provide some basic insight into the fields of computer science and game theory. This talk should be accessible to a general audience.
Resources
I’ll be following this tutorial, but instead of explaining everything in code, I’ll use pseudo-code. I’ll try and show demonstrations too if time permits: http://blog.gamesolver.org/solving-connect-four/

Please contact your national director below to register as an audience member for the 2021 Open Research Forum Webinar. Once the form has been filled out, an email will be sent to you containing the Webinar link and additional information about the event.

The form will be closed on July 23, 11:59 PM UCT+9. There is also a maximum audience limit of 90 members. Spots are allocated on a first-come-first-serve basis, so please be aware that the form may close before the final deadline.

Please feel free to refer to past presentations and publications created by members of the KGSEA Math Circle. These Open School files are completely available to all and may be used for non-commercial purposes; we hope that they will be helpful to you in your own academic explorations.

Is the Open Research Forum an online event?

The Forum is traditionally held offline; due to the special circumstances at hand, we will be moving temporarily to an online Webinar for the 2021 event.

How should we prepare for the Webinar?

All attendees and lecturers must have Zoom installed and connected to working video and audio in order to enable effective interaction and dialogue.

How can we participate?

The 2021 Open Research Forum Webinar will be conducted using Zoom. Participants will receive an email with a click-to-join webinar link following successful registration.

How do we apply as presenters for future Open Research Forum events?

Please feel free to explore any ideas you may have! Prospective lecture topics and/or presentations can be sent to [insert email address]; provided the deadline has not elapsed, we will be able to reach out to you individually.

The Open Research Forum is currently based in South Korea; we are 100% open to holding events in other countries. Please feel free to contact [info@kgsea.org] if you are interested in doing so!

What is the Honor Code?

Is there a format for Forum submissions?

All prospective lecturers must submit their content as Microsoft Word documents for ease of synthesis and publication. Please download and use our official template.

Are there participation fees for the Open Research Forum?

The Open Research Forum is free for all participants and lecturers; however, for events which require an official venue, a small participation fee may be added.

Can the contents of the Open Research Forum be shared?

All Open Research Forum files and videos are available for free download on the website and can be shared for non-commercial purposes.

Are all Open Research Forum lectures in English?

Yes; English is the official language of the Open Research Forum and all lectures and other activities will be conducted in English.

i. The author(s) warrant that the personal information they have entered (name, institutional affiliation, age) are correct. If an error is found at a later date, the authors must contact the editorial board to notify the mistake.

ii. The author(s) are aware that they are fully responsible for the consequences of unethical behavior, such as plagiarism, data manipulation and failure to properly acknowledge assistances. If an author is deemed guilty of these unethical practices, their research will be withdrawn and their institution will be contacted.

iii. The author(s) are fully responsible for the quality of their research, namely the correctness of any mathematical or scientific concepts in the manuscript.

© 2019 All rights reserved. KGSEA by PatrickYoo
Password Reset
Please enter your e-mail address. You will receive a new password via e-mail.